For years color has been seen as the primary tool for identity as people have attached colors to their daily lives, personality, lifestyle, emotions and businesses. We always observe color wherever we go. At the grocery shopping to get that yellow or red jalapeño pepper because you associate it with making the food spicier. Going to the car dealership to shop for that red sports car thinking because of how fast-paced and edgy you are. Or even the color you see when at a traffic light whether red, yellow or green determines the physical actions that follows it. In fields such as Graphic Design, colors used for a company logo is treated with the psychological effect that it has towards the making of the brand and target audience they attract. Therefore, people don’t understand that color identity is having an impact their decision-making process and consumer behavior.

When we look back at the formation of colors, we start with the color red which was the first color used in art – from Ochre, the earthly pigment that contains ferric oxide and clay, varying from light yellow to brown or red. It was used in old cave drawings dating back to 75,000 years ago (Evans). The color red was later observed as the color of the earth as well as blood and was used over the early years to signify strength, power, virility and fertility. It is also one of the most easily seen color in the spectrum of light and is known to be an attention-grabbing color.

The color blue which is said to be the world’s favorite color as it is known to be the color of the sky. As one of the primary colors, blue’s history is as long as it is rich. While there is some debate regarding the origin of its name, most agree that the Old French and Middle English “bleu” or “blew” are strong connecting points. While both of these did ultimately describe the color, their technical definition is often cited as “of the color of the clear sky.” These are also related to the Old High German “blao”, meaning shimmering and lustrous. The ancient Greeks, Chinese, Japanese and Hebrews did not have a name for blue and thought of it as a version of green (Evans). It was identified to be the color of trust, integrity as well as signifying peace, calmness and tranquility.

The green color on the other hand was not anyone’s favorite color in the early years as it was associated with malign connotations, including envy, jealousy, inexperience, illness and poison. The pea-green pigment called Scheele’s green, used in dyes and paints for carpets, fabrics, wallpaper, ballroom gowns and confectionary, was harmful as it contained a high dosage of arsenic. It was particularly lethal in wallpaper, releasing tiny particles of arsenic into the air. When Napoleon died in St Helena in 1821 British were suspected of poisoning him. Later, however, it was discovered that the green wallpaper in his room contained arsenic (Evans). The color green would later be known to signify things like nature, life, growth and money.

Fast forward to today, the color red is attributed ambiguously in its significance and usage. With the right shade of red, it will draw significance towards love and affection, and at the same time towards pain, sadness, anger and danger (Wolfson). We see this in the Valentine’s Day celebration where red flowers such as roses are used with red imagery of the heart to signify love and affection. Companies exploit this by color coding their products such as candy, clothing, fragrances, etc. Our consumer behavior towards this is revealed when we then go to shop for those red colored items for our loved ones to signify the love and affection, we have towards them.

The same goes with red color associated with danger. We see this in our everyday lives while driving on the road, getting to the end of an intersection and greeted with a red colored stop sign telling us clearly to come to a halt at the line that is placed on the road. Another example is fire sirens seen from a distance signifies that danger lies somewhere and could be worth looking into. This idea is used in social media with that red dot at the top of the notification icon telling you that something has occurred, and you need to take a look. We behave accordingly by constantly opening the notification tab whenever we see that red colored dot appears at the top of the notification icon.

In cases whereby the color red is used negatively is in the sexualization of the female gender. Back in the 1960s and 1970s when the “sex sells” advertisements where used to attract both male and female gender into buying the idea of normalizing raunchy and sexy outfits. Using beautiful well shaped women such as Marilyn Monroe by putting on a red colored dress with dark hair, red lipstick and an erotic gesture (Deutsche). This worked well at that time in the fashion industry as we see the behavioral influence on today’s female consumers whom are trying to “spice things up” in their relationships go out to shop for red colored lingerie because it signifies keywords like “sexy”, “hot”, or “aggressive”.

THE FEELING OF COLOR

Other colors like green, blue or yellow have also established meaning in the lives of everyone. We start to see how color can dictate the mood or feeling an individual has towards something and in turn change their behavior in deciding the colors that best represents their personality and character. Shades of light blue or turquoise can be suitable for the bathroom, for instance. They create the feeling you are entering a spa, a wellness oasis, as they can have calming and refreshing effects. According to Sciencedaily.com, study shows that the color blue has been proven to help us relax faster that white light (Science Daily).

The color green is also known as a relaxing color as it creates the feeling off nature and energy. We see this also used in the entertainment industry where guests waiting to appear on television programs often wait in a “green room” to relax. Green also produces the feeling of health, growth and wealth. When someone says, “I’ve decided to go green.” It is referring to their desire to reduce their carbon footprint in order to promote the growth of trees and nature. The feeling of the color blue or green would indicate that you are either depressed, gloomy or even sick.

The consumer always takes into consideration the reason behind selecting a particular color for any item they purchase as it describes to others about them. For instance, we are encouraged to put on calming and neutral colors such white, blue, brown or gray, at job interviews as they work great to show stability and seriousness towards the organization. Therefore, consumers go to shop for business clothes such as blue, grey or black and white suits because they understand that wearing a red or yellow suit to a job interview would draw unnecessary attention to the eyes and distract the employers.

Ultimately, the meaning of color is messy. On one level, there seems to be some universal experience of the electromagnetic spectrum on living things, where short and long waves cause different effects to our being on the most basic level. But on another it is highly personal (Wolfson). The sight of any color produces a reaction that triggers all sorts of activities in the mind and as a result impacts our decision-making process and consumer behavior. Whether it’s the cautiousness and alertness that red gives off or the cool, subtle gloom or sad vibes that blue produces. You can now feel enlightened with the knowledge that whatever that color you’re seeing it is prompting you to react and feel a certain way.

Evans, G. The History Of Colour And The Colourful Science Behind It. 2019. 13 October 2020. www.sciencefocus.com/science/the-colourful-history-behind-the-science-of-colour/.

ODC. The Importance Of Color In Logo Design. 2017. 15 October 2020. www.onlinedesigncompany.com/blog/importance-color-logo-design.

Jerry Ubah is a visual designer that specializes in providing creative high value design contents such as logos, illustrations, and video animation for companies in the tri-state area that require digital information and media design assets. He has over 6 years of work experiences on print and digital designs at companies like The Daily Athenaeum and Complex Networks.

As a Designer, he plans to get involved in various fields such as Video Animation, Print & Web, Product Design, 3D Modeling/Game Design, and UI/UX Design, with a long-term goal to gain quality experiences and growth in skills within these fields of design. 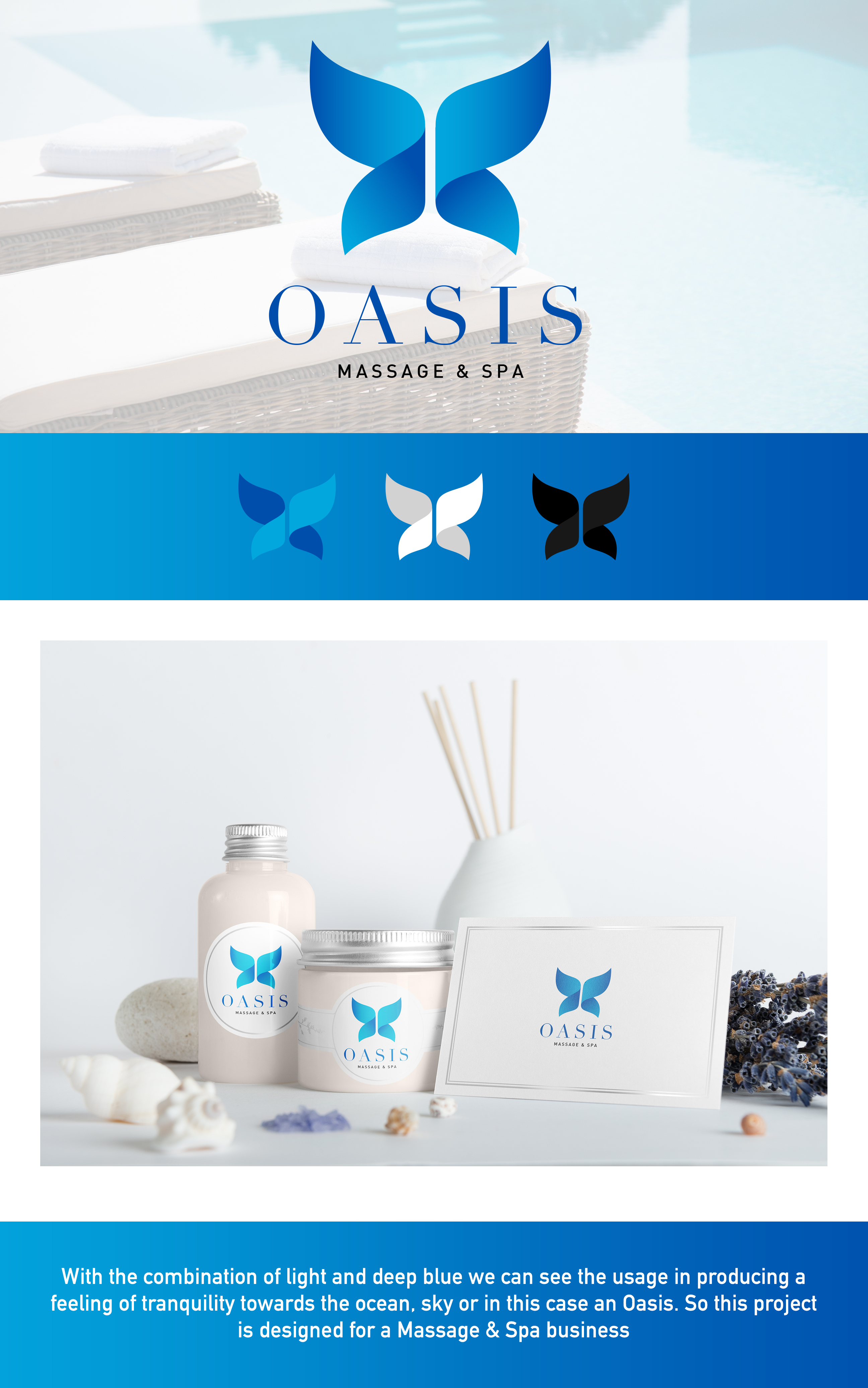 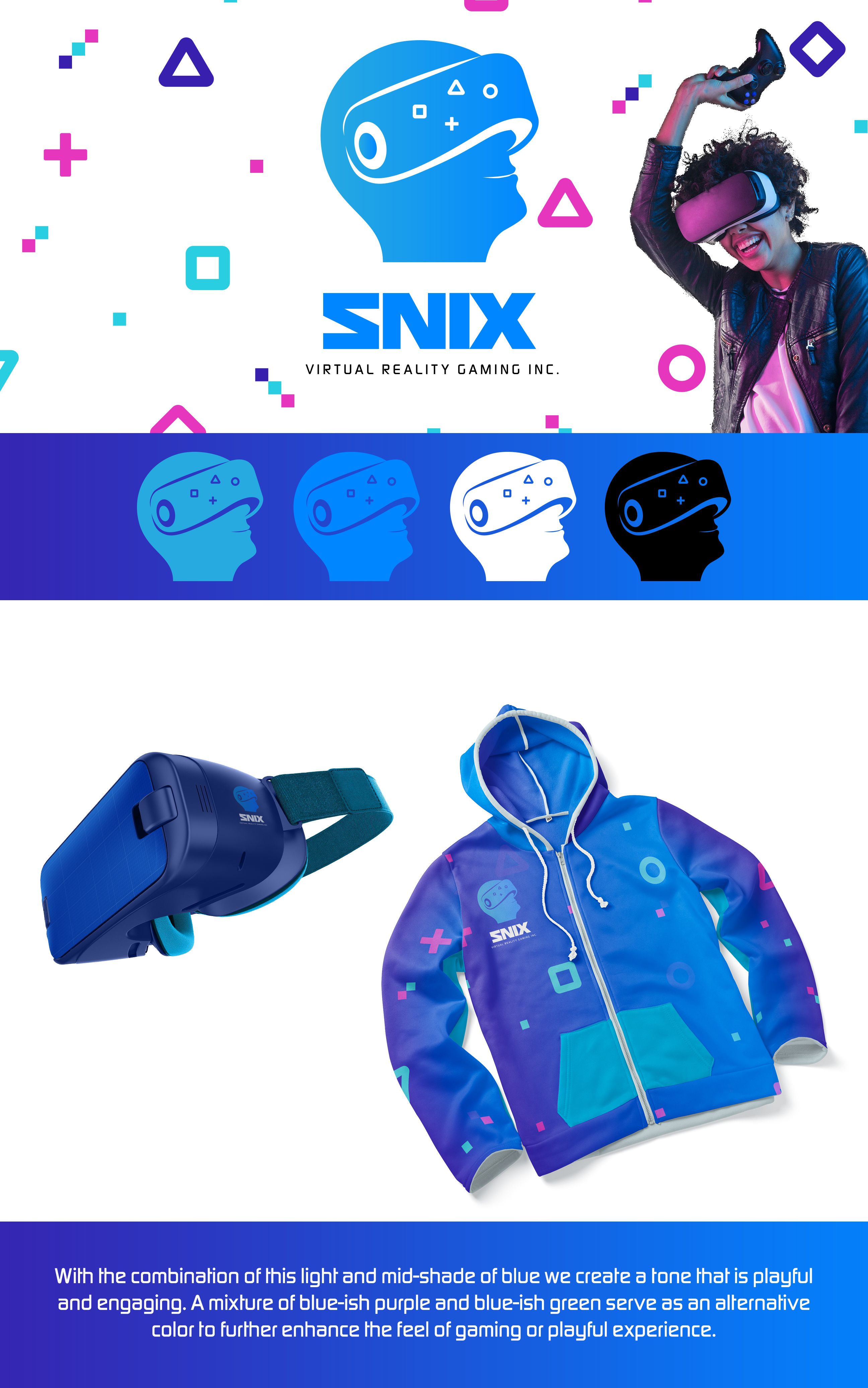 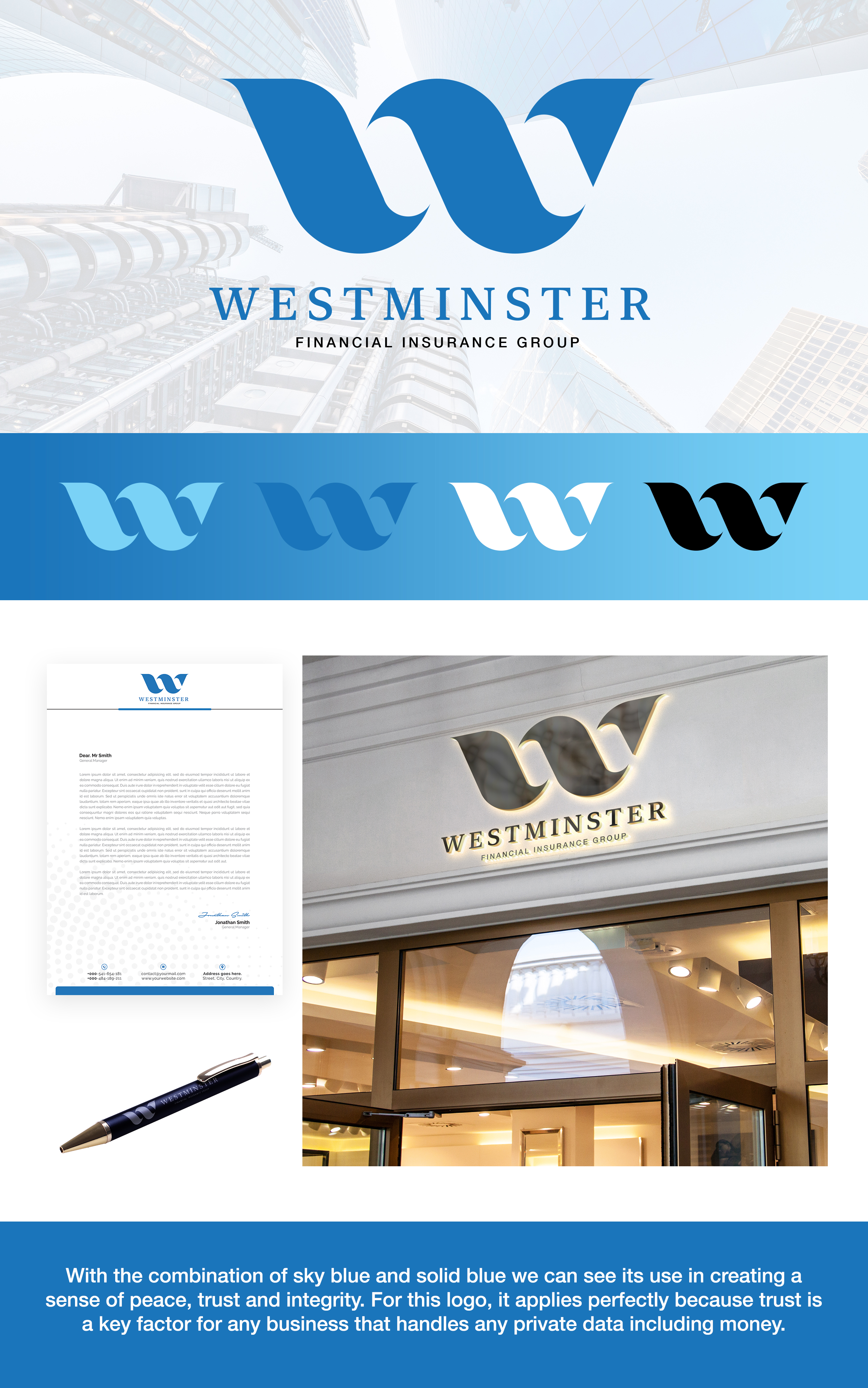 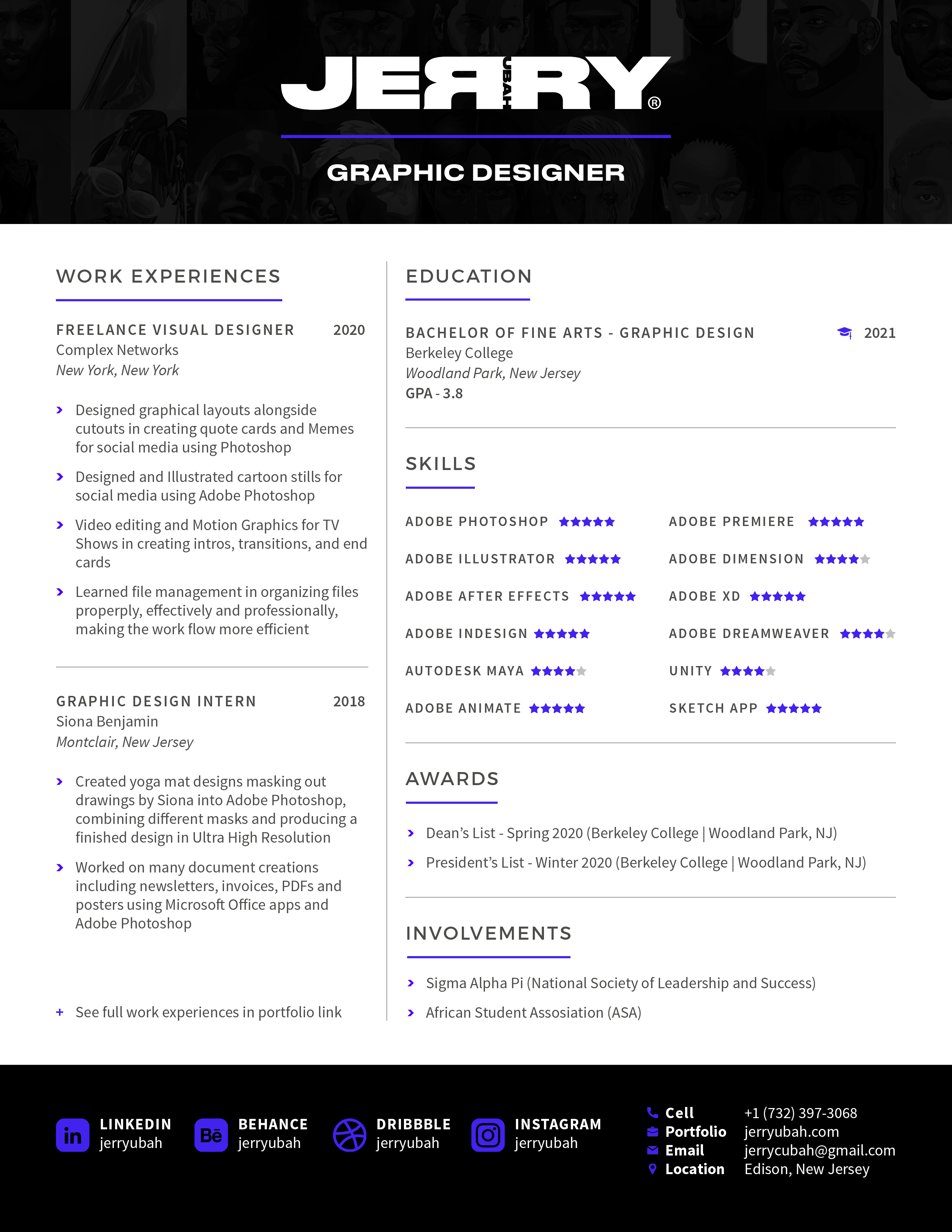